To commemorate this 40th year anniversary many invited former Ethiopian Army high ranking officers and fellow members, civilians, family and friends as well as his admirers were gathered at the Officers’ Club in Addis Ababa on Saturday, July 20th 2019.

The guests of honors were Br.General Taye Tilahun, who had served his country as a Minister of Defense, and Colonel Semret Medhanie, who was the first Ethiopian General Manager of Ethiopian Airlines. The program commenced with the entrance of the guests of honors to the hall. It was followed by the welcoming speech of the former Ethiopian Army reporter Captain Aklilu Zeleke. Captain Aklitu introduced Dr. Sentayehu Kassa as the daughter of Col. Kassa Gebremariam and invited her to the stage. She also welcomed and thanked everyone for coming to pay tribute and celebrate her father. She then called upon the audience to have a one minute prayer with her for all the former Ethiopian Army members who were scarified in securing and defending the sovereignty and unity of the country.

Her brother, Ato Eshetu Kassa, then took over the stage and gave a brief speech. He expressed the pleasure and pride he felt in celebrating his father’s 40th year anniversary and stressed that it was with the will of God that this celebration was possible and finished up by thanking God.

It was then followed by a speech of Br. General Tesfaye Habtemariam, who had worked with Colonel Kassa Gebremariam for over 15 years. In his speech he gave a testimony of the character and leadership qualities of Col. Kassa Gebremariam. Br. General Kassaye Chemeda was brief and to the point in his speech and yet he stirred a big emotion in the audience when he concluded that:  (in literal English means) “Kassa was born a Solder!”

In between the speeches live music was being played by Ato Dawit Frew, the son of the Ethiopian known artist Frew Hailu. Dawit played Ethiopian music with his clarinet as well as saxophone. The most exciting and thrilling moment during this celebration happened to be when several Ethiopian Veterans Association members suddenly and unexpectedly appeared in the hall. They were all colorful, decorated with Ethiopian flag and shining medals on their chests. They were given a very laud welcome. One of their representatives made a short speech. There is no doubt that the Veterans presence has added grace, pride, respect and an unforgettable memory to the anniversary. We are very grateful for that! 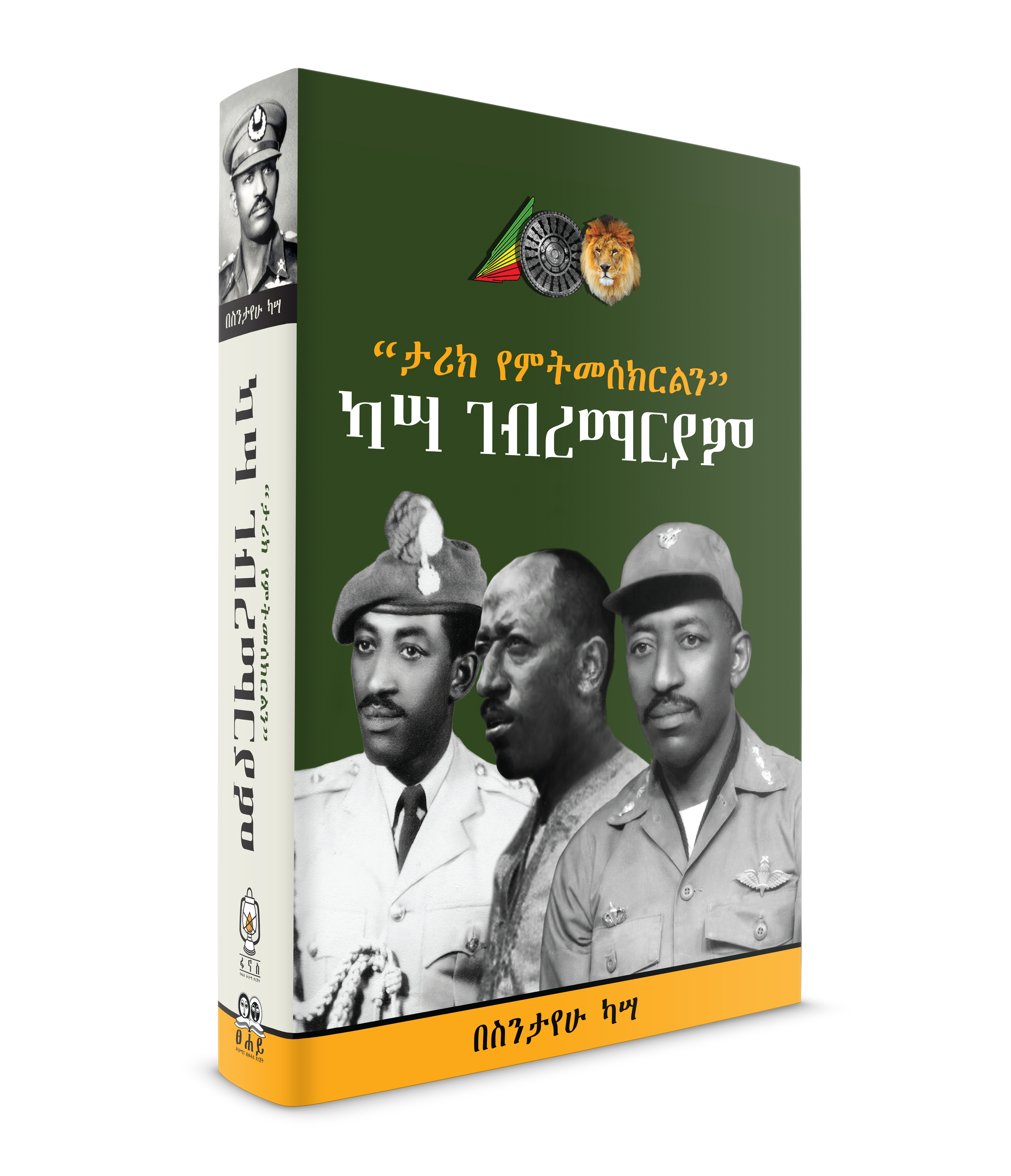 Purchase it from Amazon